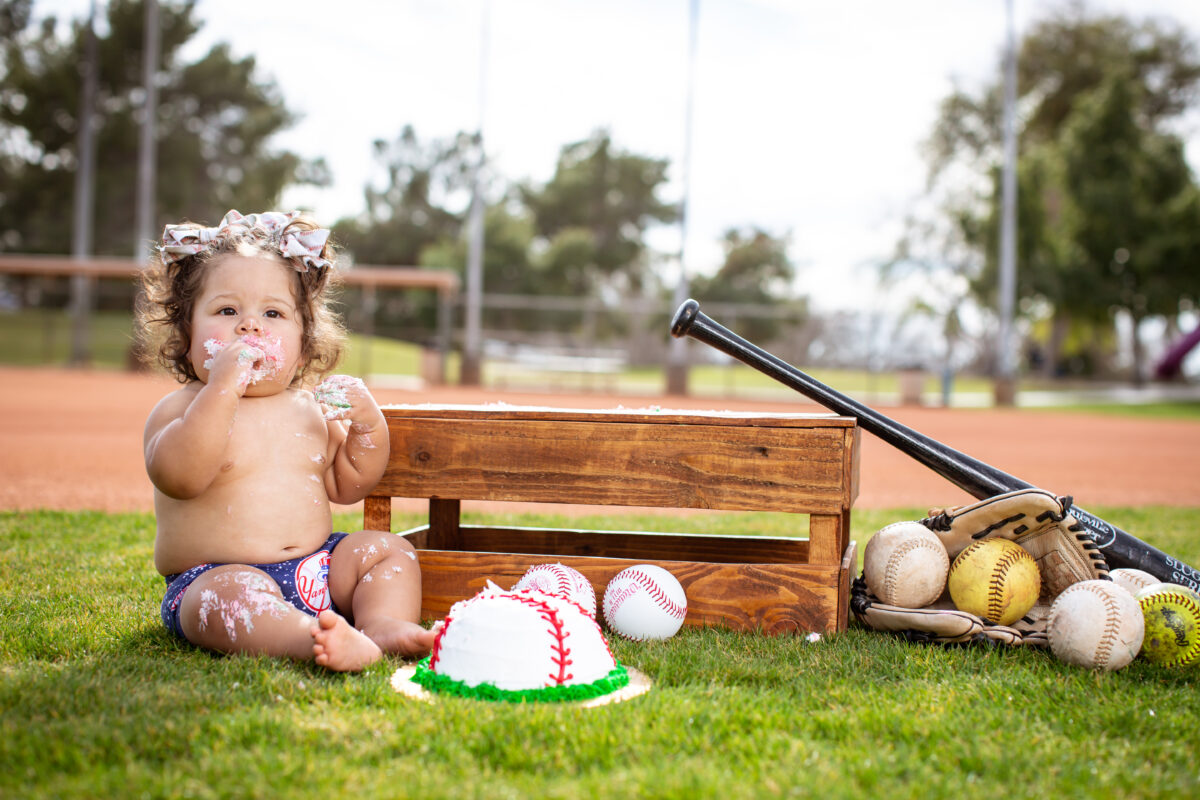 We wanted to share a behind the scenes look at one of our smash cake sessions! Charli’s mother, Marissa, is a previous client. I took engagement pictures of her fiancé and her a couple weeks before Charli’s smash cake shoot. Their wedding is later this year which I will also be shooting. I absolutely enjoy shooting with this family.

When Marissa first got a hold of me about smash cake photos, we were planning an indoor shoot. However, she sent me an idea she found with the baseball gear. Charli is going to have a baseball themed birthday party! Marissa wanted photos to put on the invitations (that look like baseball tickets! So cute!) that matched her birthday theme. So, when she sent me the pictures I asked if she would rather do the photos outside. We agreed, it would be way more fun in the softball fields.

Since softball/baseball season was about to start and the local teams sometimes use the public fields for practice or games, we had to check the field availability. I called the aquatic center first and, sure enough, the fields were available! One possible mishap avoided! Aside of this, it was fairly windy the week of the shoot and there was a storm blowing in. We were worried about wind, but the weather app said that we should have low winds; nothing to be concerned about. The morning of the shoot it was a bit cloudy and dreary but I figured there wouldn’t be much sky in the photos. Additionally, cloudy weather really is ideal for lighting and using flash, so we proceeded.

As the session approached, I was concerned that Charli may not be interested in the cake. I have had a lot of one-year-olds that don’t want to touch it and their parents had to shove their hands into it (Darn, forced to eat yummy cake!). Marissa was certain that Charli would dig in but she wasn’t sure about her being in grass for the first time. Marissa set Charli down and she was a little curious about the grass but it was easy to get her attention. As I took pictures, she had plenty of smiles for her mama. Marissa opened the cake box and Charli was all over what she was getting out. Charli watched and followed the cake from the box to the spot she ate it. There was no turning back! Charli dug right in with no inhibitions at all.

As she was eating, she would look up at me and, again, I easily captured her happy face; we even got her to clap for us and splatter cake even more! The whole shoot was ideal and so much fun. Both Charli and Marissa were so much fun to have on this shoot and we got some fun shots from this experience.

Take a look at the video below to see how much fun we had! Don’t forget to subscribe so that you can see more shoots like this. 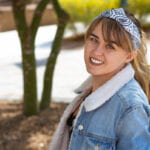 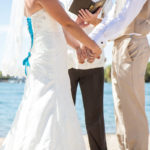